Music and sound design for the theatre play at The English Theatre Frankfurt, 2018

From the English Theatre Website:
„In the tiny, conservative town of Cypress, Texas, the shy, mild-mannered Jason is just trying to be a good son. When he joins his mother Margery’s Christian Puppet Ministry at the local church, Jason discovers a blossoming talent for puppetry, and it seems like things after his father’s sudden death might just turn out okay. Tyrone the puppet, though, has other plans. As the foul-mouthed, independent, and devilishly funny Tyrone grows in strength, Jason’s complex relationships are thrown into upheaval. An irreverent, occasionally shocking, and perpetually hysterical romp to hell and back, Hand to God’s exploration of the ideas of faith, morality, and human nature will leave you sore with laughter.“

The play takes place in Texas. So we decided to focus on hillbilly and bluegrass like music in combination with other atmosphere generating elements like strings, clapping, vocals and synths. There’s an Prologue at the top and an Epilogue and the end of the play. Here Tyron, the puppet talks in an epic way about mankind and it’s morality. For that I combined the „Carmina Burana“ cantata by Carl Orff with thunder, wind, big drones and reverbs. In the Prolog this drops into funny hillbilly guitar chords when the small hand puppet pops out of the curtain..

The Set was a big revolving stage which got moved by hand to get into the next scene and set. For these scene changes it was necessary to program the show file cues to get into a vamp (loop) and then be triggered out of it when the revolving stopped.

All scene changes via Soundcloud: 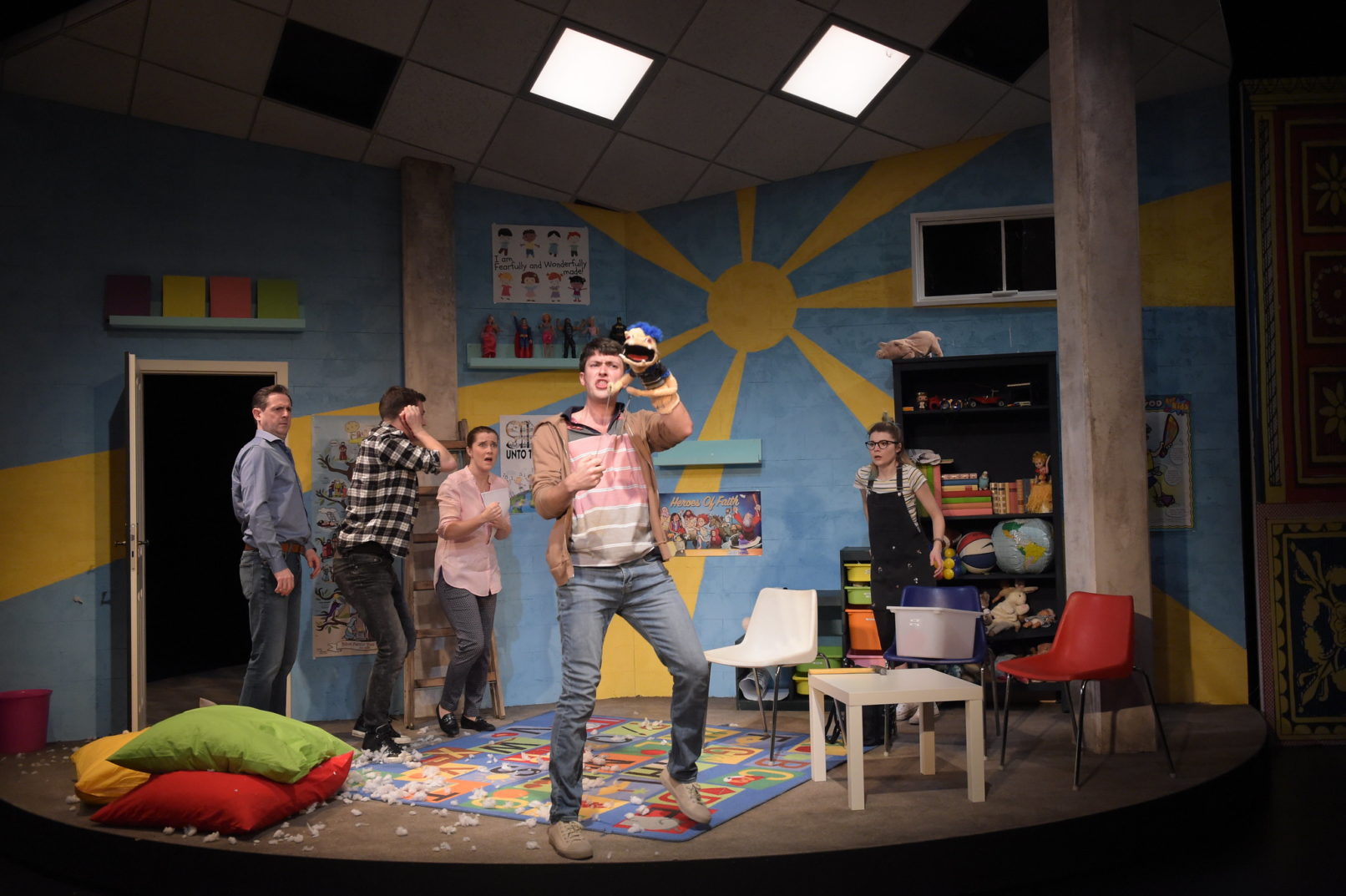 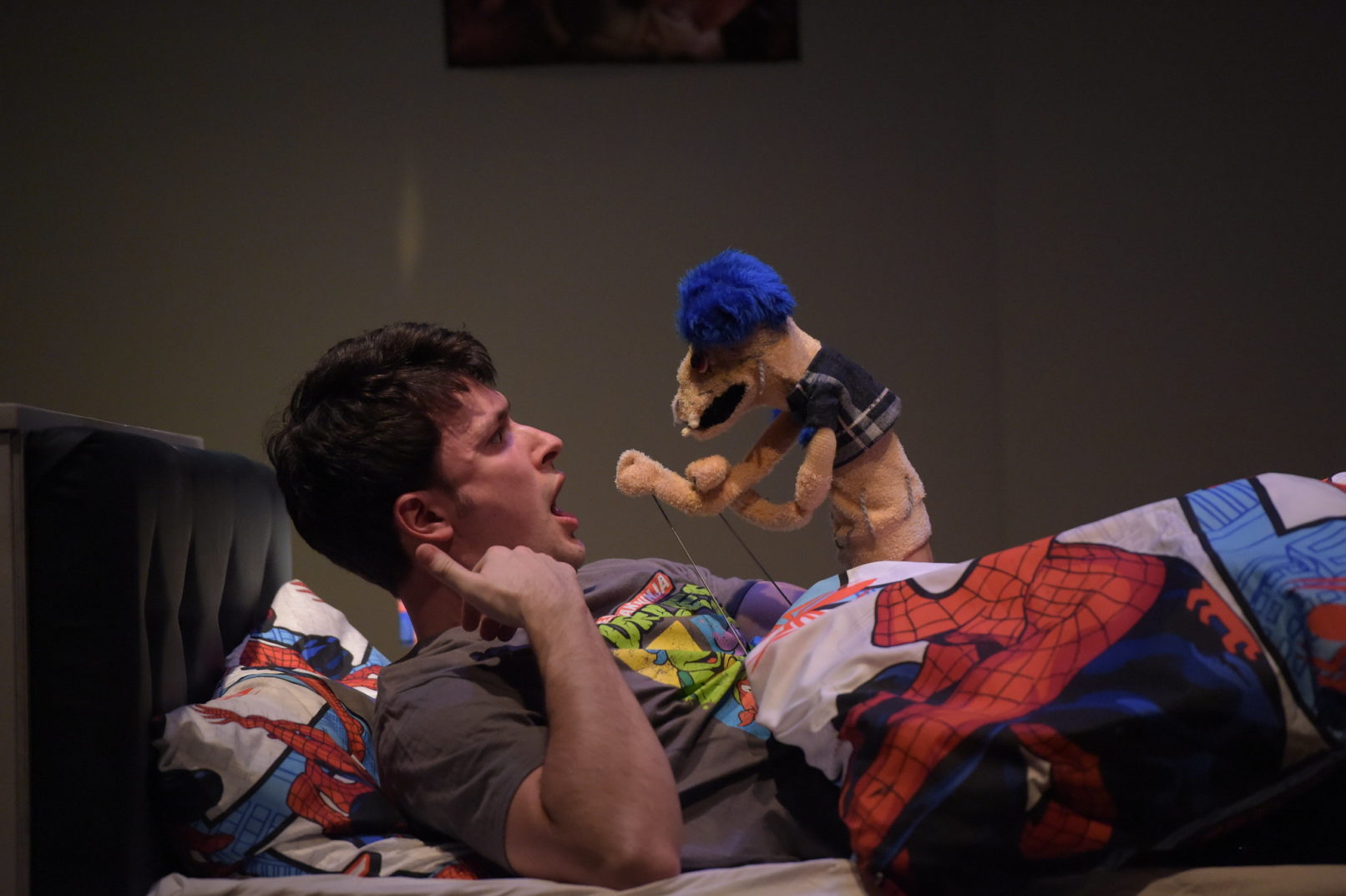 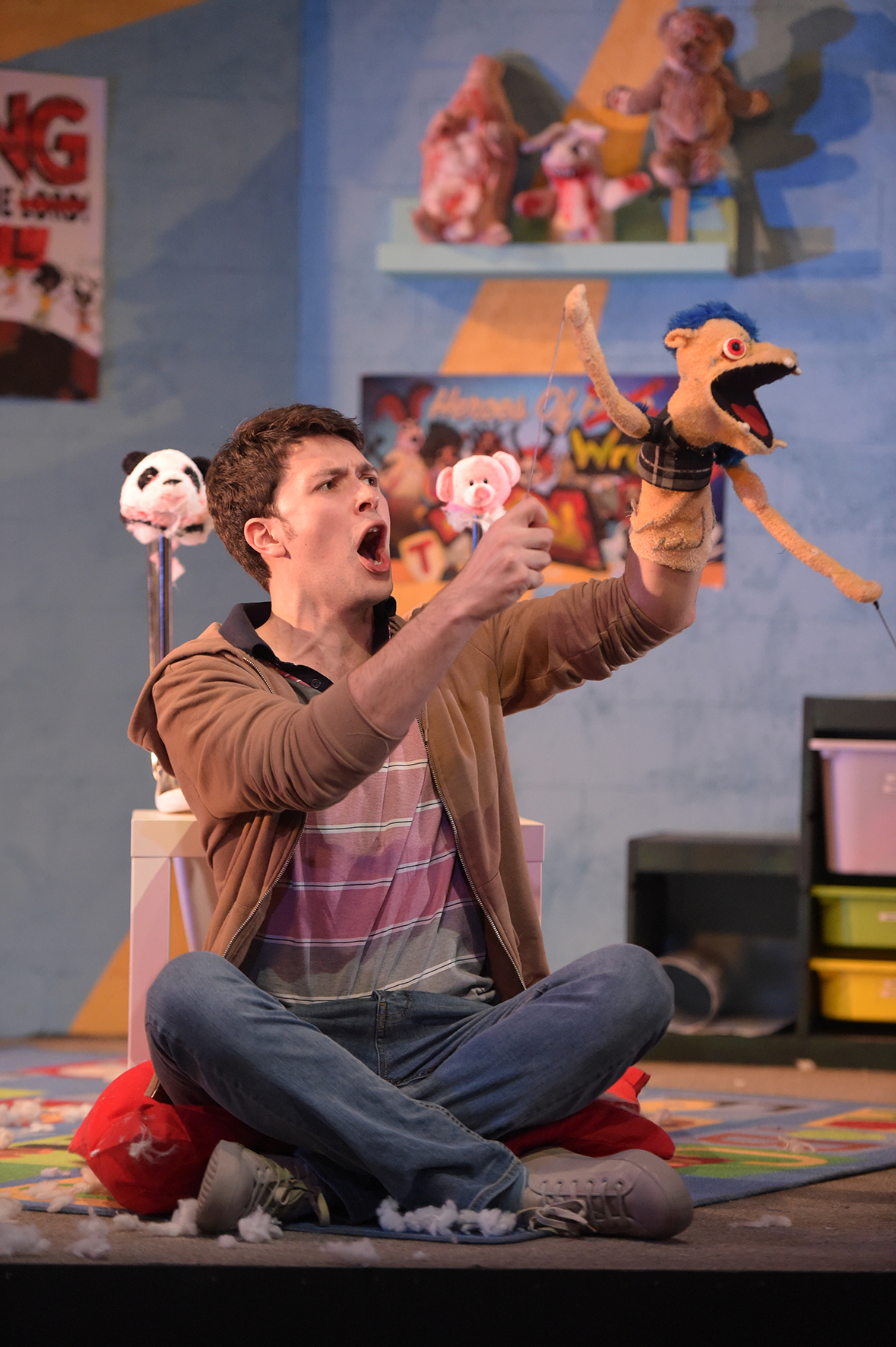 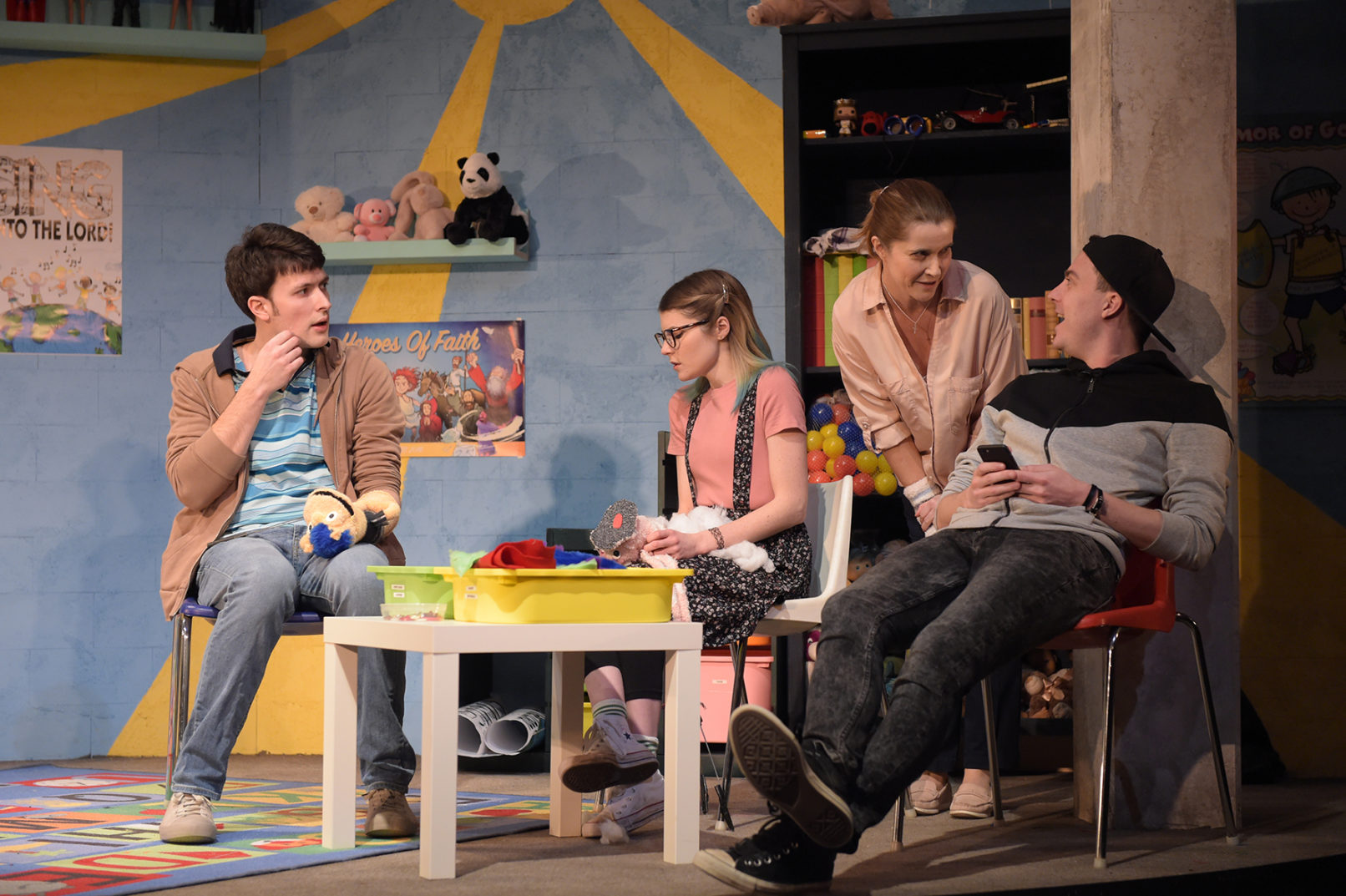 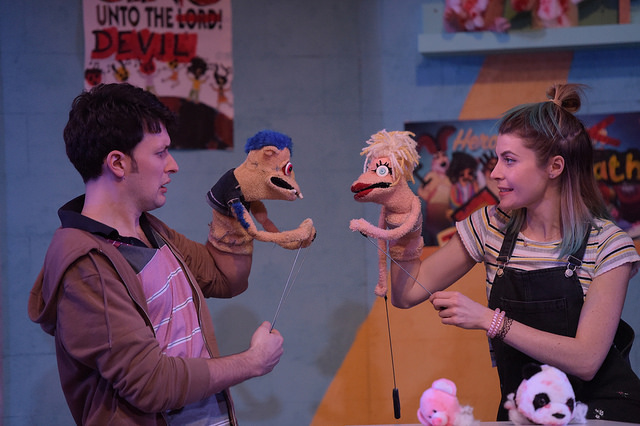 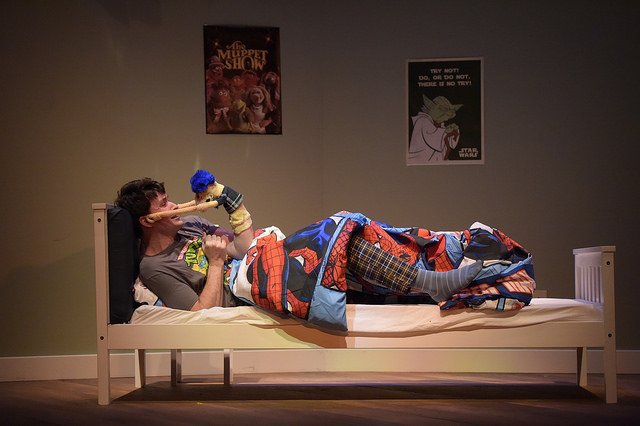 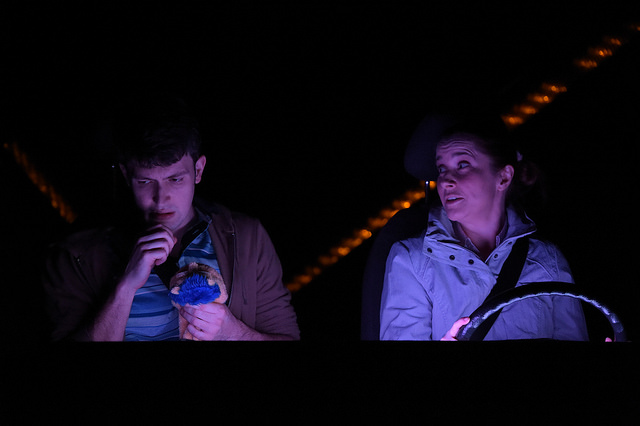 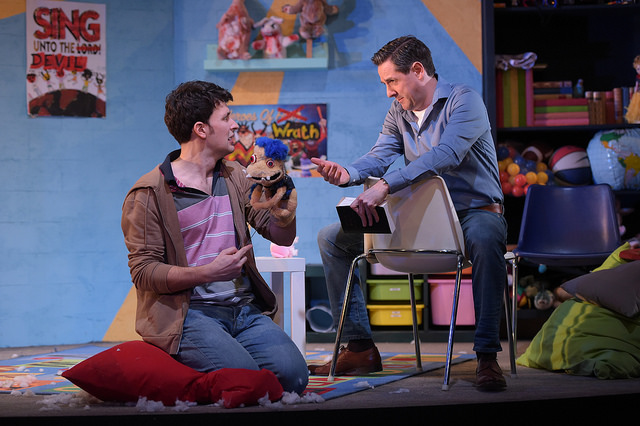 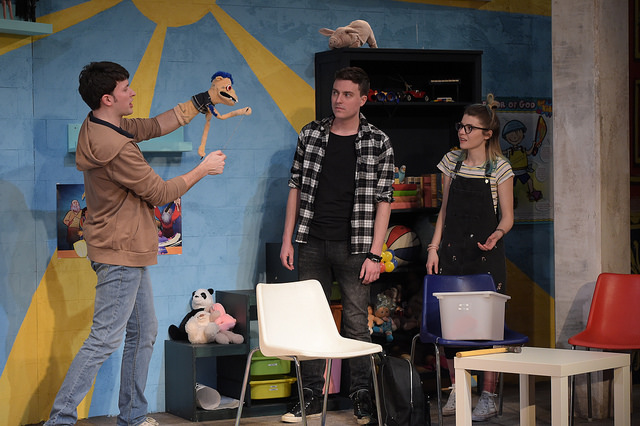 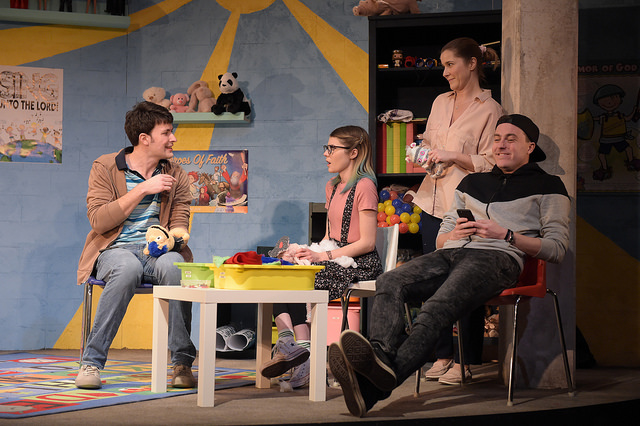 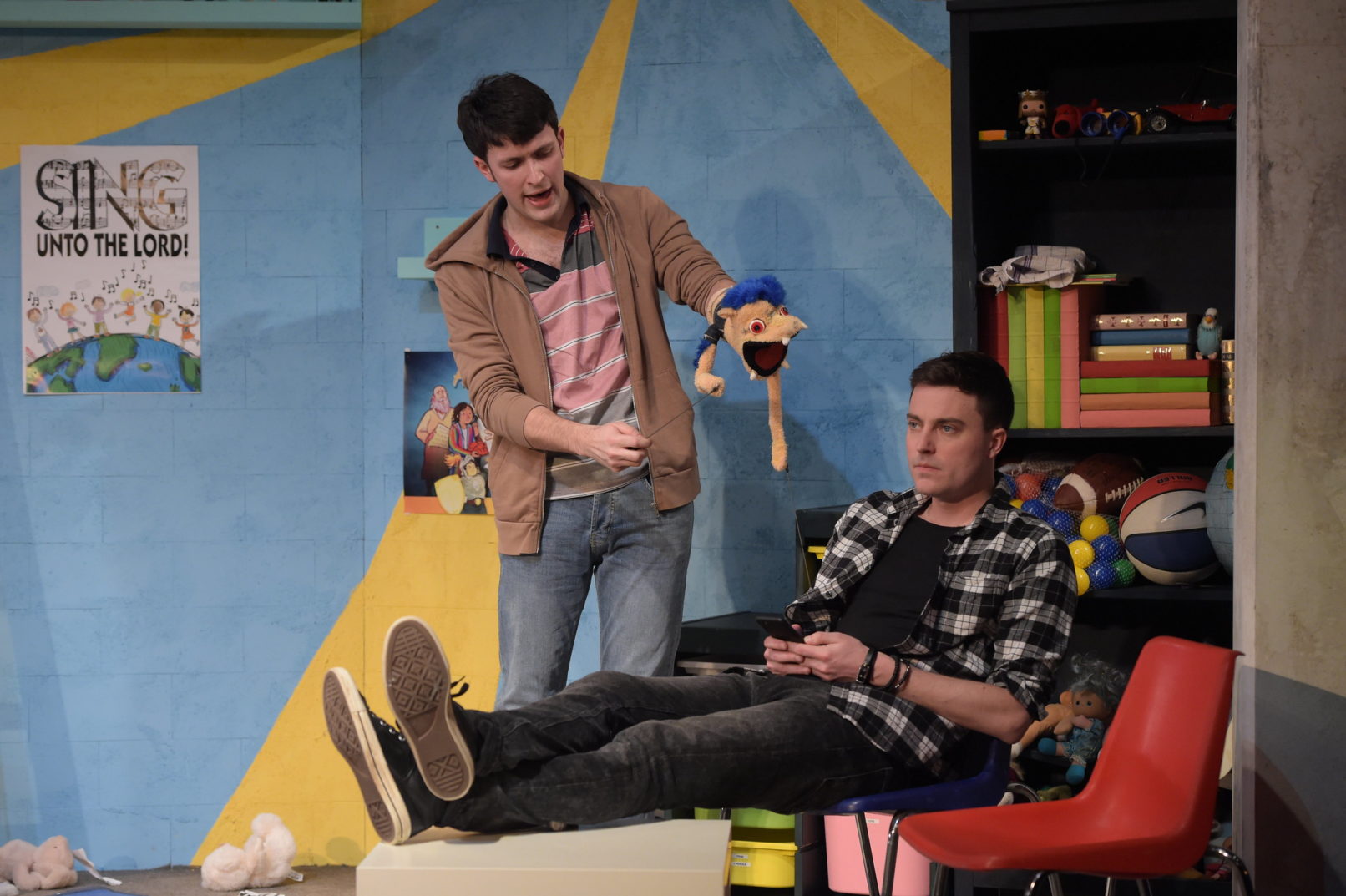